What is Financial Independence?

Typically, when I sit down with younger prospective clients I ask them for a series of goals based on 5-10-15-20 and 25 year time frames. One of those milestones is usually linked to the goal of becoming Financially Independent. When I ask them what it means to be financially independent, they usually respond with a lot of arm waving and something to the effect of being wealthy enough that they don’t have to work anymore.

When I ask how much wealth they think they need to not have to work, I will usually get a number between $2 and $5 million. That’s when I start telling them about people who have that much wealth and yet are not financially independent. 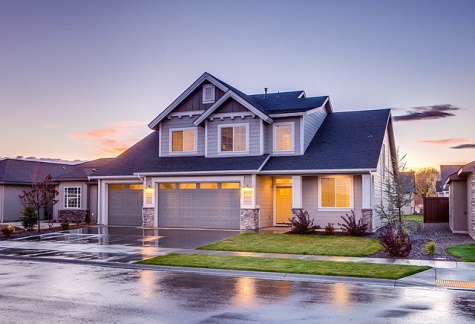 Being very sensitive about client information, I create a composite investor based on people I know or have known in the past. One of those people was wealthy by most people’s standards. She owned two businesses and had nearly a million dollars in investment property. She also couldn’t get a mortgage because she could not show enough income to prove to the bank that she was good for the loan repayment. Part of her problem was self-inflicted; a strategy to minimize income taxes resulted in many years of filing, really reporting, a very low income.

The other part of her problem was the result of her investment strategy.

Her investment property was speculative, meaning that she bought the property cheap in an area that was projected to grow substantially in the near future. The 2008 housing bubble delayed the near future by several years and the growth in developments in the area is just now starting to take off. Sometime in the future, she should be able to sell the properties to developers and receive a big payday, but for now she faces a choice.

She has to do one of the following:

Make drastic changes to her compensation

Give up on purchasing a new home altogether

No matter how she proceeds, these choices were not something she had planned on having to make as she grew her wealth. Financial independence is not based on wealth alone. Individual wealth needs to be structured such that your passive income will exceed your living expenses far into the future.

If you have a $2 or $3 million stock portfolio and you have to sell stocks every year to pay your living expenses, you are dependent on the market to be high enough that your annual sale doesn’t take too big a bite out of the holdings. You are not financially independent.

In my opinion, there are four distinct and often mutually exclusive purposes of an investment; they are to:

Too many people do not grasp this concept and as a result get out of balance with respect to the allocation of these four purposes. This can lead to disaster later in life when circumstances like a housing bubble or stock market crash magnify the imbalance and force choices that are essentially picking the lesser evil.

If your goal is to someday achieve financial independence, then it would be wise to sit down with your advisor to review and understand how your investments are allocated by purpose and whether or not that allocation is moving you closer to your goal.