In 1999, Warren Buffett gave a presentation at Allen & Co.’s Sun Valley, Idaho bash for business leaders which started with:

“At Berkshire, we focus almost exclusively on the valuations of individual companies, looking only to a very limited extent at the valuation of the overall market. Even then, valuing the market has nothing to do with where it’s going to go next week or next month or next year, a line of thought we never get into. The fact is that markets behave in ways, sometimes for a very long stretch, that are not linked to value. Sooner or later, though, value counts.”

At the heart of this presentation was Buffett’s frustration that there were no bargains that he could either invest in or purchase outright because investors had bid up the prices of stocks so high that they far exceeded projected earnings.

Buffett predicted the market would not “come close” to the 12.9% next-20-year annual return expectation of professional money managers polled at that time. This presentation was met with derision by many of the attendees of the conference, some of whom were newly minted dotcom millionaires.

However, Buffett’s prediction proved accurate. In fact, not only was the 12.9% expectation missed, but the total return for Berkshire Hathaway for those next 20 years exceeded the S&P 500 by nearly 200%. 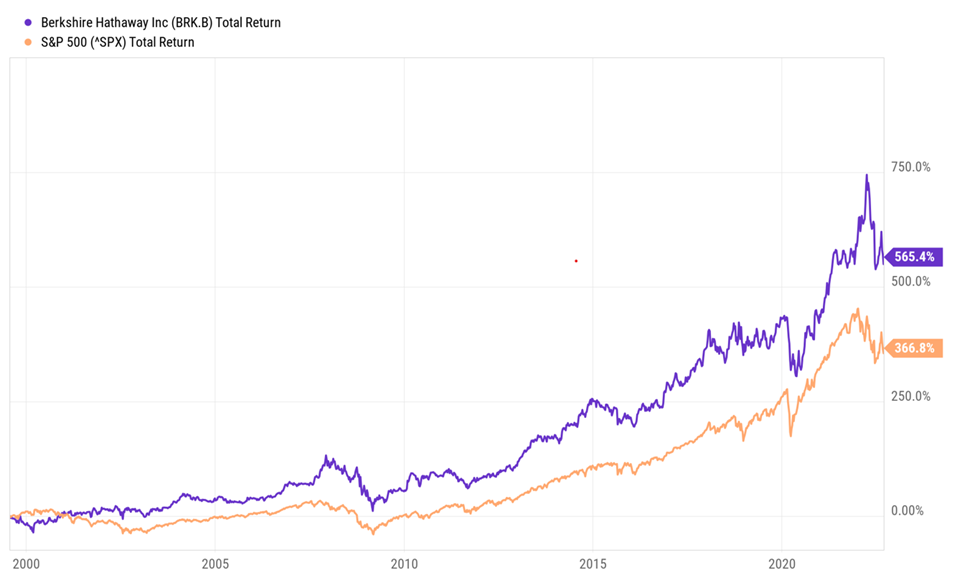 Because of his zealous determination to only buy stocks that he considers a bargain, Buffett often finds himself sitting on a large amount of cash just when the market is falling, and the bargains begin to appear. In fact, according to an article by ValueSpreadsheet.com, by the market correction of 2018, Buffett had $108 billion in cash and, while making no major acquisitions, he did purchase $43 billion in public securities, primarily Apple. By 2020, having grown his cash supply to $137 billion, Buffett made his biggest acquisition since 2016, purchasing Dominion Energy’s natural gas storage and transmission business for $10 billion. 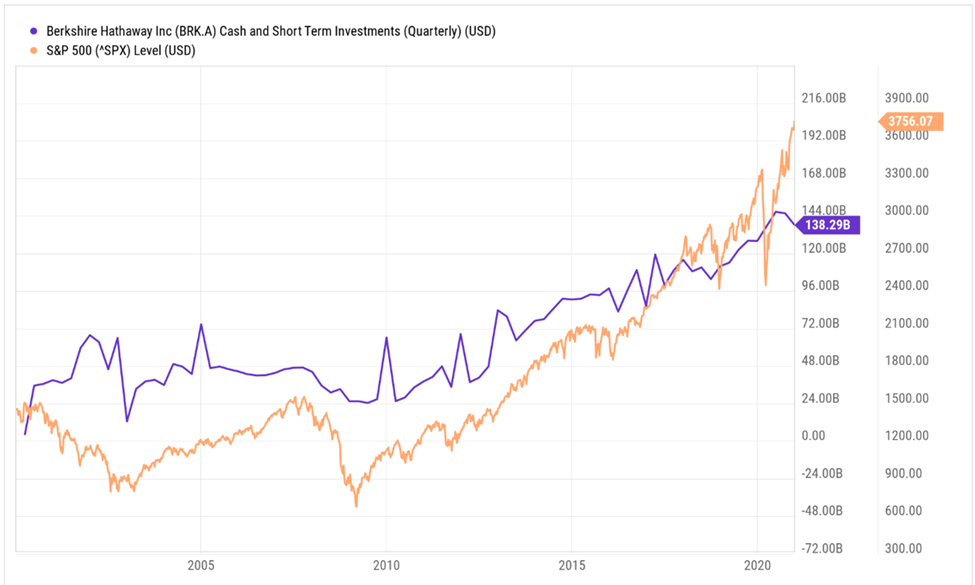 Contrast this with the average investor who, because of the fear of missing out, tends to “put their money to work” in up trending markets and ends up selling those same securities on the way back down, either to protect their account balances or to raise cash.

Since the 1990’s, with the explosion of self-directed retirement plans such as the 401K along with the technological advances in online trading, the market has become increasingly more volatile with wild swings in both directions. 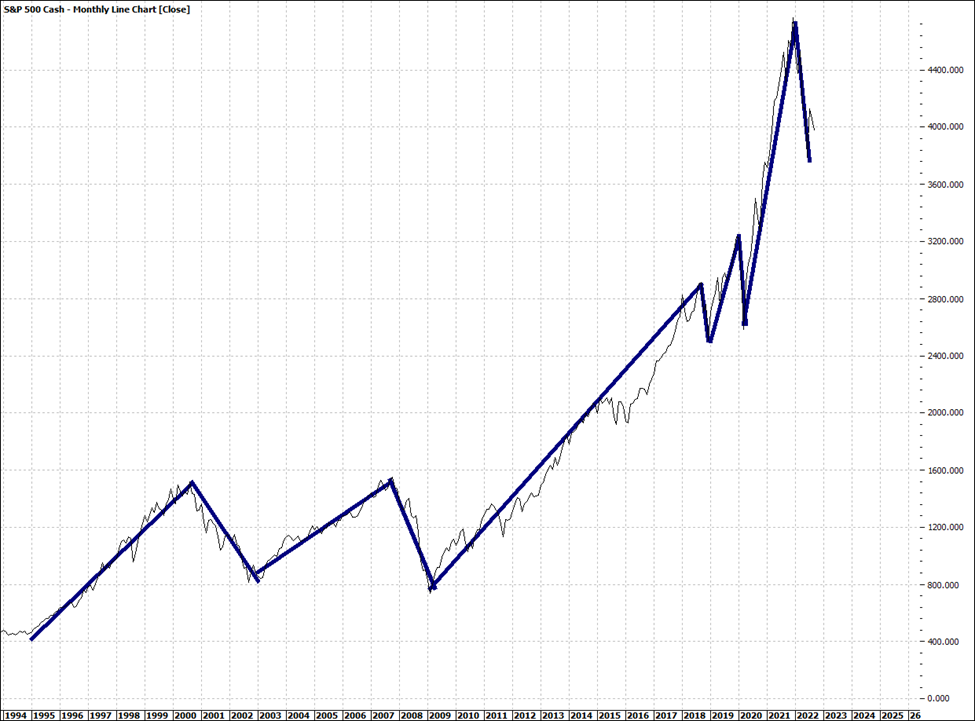 And while the overall trend is still up, your individual returns can be severely impacted by the timing of your investments. By resisting the “urge to splurge” and accumulating cash during the uptrends, you can create the potential for a substantial “shopping spree” when the market corrects from its excesses, as it most surely will.