How to Use Family Game Night as a Financial Teaching Moment

Our youngest daughter loves to play board games. She started off with the classic games like Chutes & Ladders and Candyland and soon moved up to games like Sorry, Stratego, checkers, Clue and even more strategic games like Othello, dominoes, and backgammon.

Her favorite game by far is Monopoly. 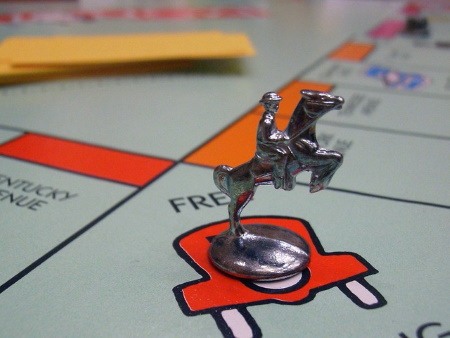 She started with Monopoly Junior Party, which is still her favorite, but will play classic Monopoly if it means Mom and her big sister (who does not like board games) will join in.

When first we started playing Monopoly Junior Party together, I explained to my daughters that the parties we were buying were just like the different birthday party events that they attended with their friends and classmates. Each one of those places we visited, with bowling alleys, bouncy houses, and roller skating (not one of their favorites), were businesses that charged money so parents could have their parties for their kids without having to buy all of the necessary stuff themselves.

At first, I could see my youngest thinking about which parties she most wanted to own.

She wanted the parties that she personally liked the best. But as time went on, she started realizing which parties could charge the most. Whether it was by luck, skill, or a little bit of both, she started winning every time we played.

One day, while playing classic Monopoly with her big sister and Mom, an “Aha!” moment occurred. Big Sis landed on Park Place, owned by Little Sis and of course had to pay rent to the landlord. After counting out the $400 she owed, Big Sis angrily threw the money down and exclaimed,

“Look at that, she (Little Sis) doesn’t even have to pass Go anymore to win this game!”

At which point I reflexively stopped the game and congratulated her on finally realizing that is why we invest!

Whatever financial independence means to you; few will argue that it means you are going to have to live in a world without a regular paycheck from your employer. Your investments, whether you like it or not, will play an important part in providing your replacement income. 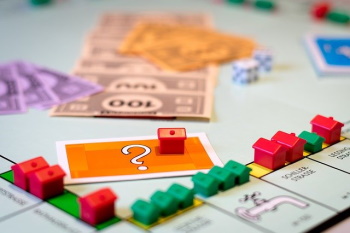 Anyone who has played the game knows that feeling of desperation when you’re hoping to reach “Go” without landing on an expensive property just to avoid going bust.

We have all seen those players that own so many rent-paying properties that they could stay in Jail the rest of the game and still win.

While there are many games that simulate financial reality such as The Game of Life and Robert Kiyosaki’s Cash Flow, I find the simplicity of Monopoly ensures that the important lessons don’t get lost in the myriad of rules and decisions that don’t really add any value to the game experience and can, quite frankly, turn off younger players.

One of my early mentors used to say that every interaction is a potential teaching moment, but too often that opportunity is lost. If you want to share some fun teaching moments with your kids or grandkids, unplug the wi-fi, pull out Monopoly, and let them learn the essentials of cash flow investing.