Through a combination of good timing and good fortune, our oldest daughter had visited Disney World in Orlando three times by the time she was six. Each trip had a different purpose and circumstance, but in her eyes, it was always magic.

About four months after her sixth birthday, she informed us that her savings bank (see Three Piggy Banks) was full and she could not put any more money in it. When we counted out the money in the bank it added up to just slightly over $106. 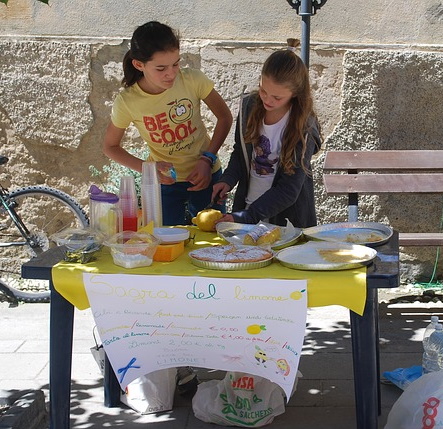 As we were discussing what we should do with the money, I brought up the idea of using her money to make more money through something we called investing.

I explained that when we invest, we are either starting a business or we are buying all or some part of a company. We discussed the idea of investing in her own car-washing business and what that would take to run, we then discussed investing in a bracelet-making business, a popcorn business and, of course, slime.

After looking at the time and effort it would take to invest in a new business, my now frustrated daughter/client asked me who would want to sell her their business. Jumping at the opening, I asked her if she would like to “own” the Walt Disney Company as she had enough money to buy one share (provided Dad covered the broker’s commission).

After taking some time to convince her that it wasn’t a joke, I went on to explain that while she could not own the whole company, Disney made it possible for even a 6 year old to be a part owner and receive benefits of owning a business even though she didn’t work for them.

So, about a week later, after opening her account and transferring the money, I brought home a trade confirmation showing that she was the owner of one share of Disney. She was so excited, as soon as my wife walked in the door, our daughter ran up and yelled “Hey Mom, I just bought Disney!” She wanted to take the trade confirmation to school for Show and Tell and, of course, started asking when we could once again visit Disney World so they could make more money.

While all of this was fun, the real magic came after the next quarter when I brought her statement home which showed a deposit of cash in her account. I explained that Disney had earned a profit and was sharing it with the owners of the business in the form of a dividend, I then showed her how that dividend had been used to buy more stock and that the payment would grow and grow until she decided that she wanted to use the money for something else.

While being an owner of Mickey’s company was cool, the realization that she could earn money without having to pick up her toys or clean her room was beyond joyous.

For the next several months, she began to look at the world through the eyes of an investor. She would ask who made my iPad, if Netflix sold stock, and if McDonald’s would be a good company to own. One day while shopping, she asked if Wal-Mart paid a dividend, because there sure were a lot of people in the store buying stuff.

Financially, the investment in Disney has been good, but not spectacular. Since she bought it initially, it is up only 21% on a price basis which is nothing compared to her later investments in Apple (up 260%), McDonald’s (up 117%) and Netflix (up 586%). But it was Disney that first got her attention so that she was eager to learn about this world of investing and the benefits of buying good businesses.

Whenever I get the chance, I love to speak at roundtable discussions about teaching kids about personal finance. When asked by a parent or Grandparent what they should invest in for the kids I will tell them that if they want the money to grow fast, invest in a basket of growth and income stocks from the S&P 500 and NASDAQ 100. But, if they want to inspire the kids to take an interest and learn about investing, start with Disney.