It’s Never too Early to Start Investing for Dividends

“The three worst things that ever happened to Investing are Ameritrade, E*Trade and Scottrade!” 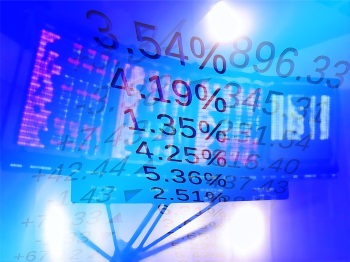 That’s how I usually get started when I’m ready to climb on my soap box and discuss building wealth with anyone willing to listen. While I believe all of these institutions are reputable (in fact I have an account with Ameritrade), the “trade” in each of their names represents what I feel is a disturbing aspect of the investment industry; short-term thinking.

Instead of focusing on building a foundation for sustainable wealth, the focus tends to be one of beating the markets on a monthly, weekly, or even daily basis. Instead of finding well-run businesses that could eventually provide a predictable source of income, many investors are looking to derive income from trading, jumping in and out of the market; sometimes in minutes.

The day trading and active trading phenomenon has been a huge boon to the various discount brokers. Each transaction puts money in their pockets, regardless of whether it was profitable for the trader or not. There are a lot of disasters that result from the “trading your way to financial independence” mindset, but none are on the brokerage side of the business.

Even today, after two devastating stock market sell-offs in 2001 and again in 2008, individual investors are still looking to maximize their “total return” by whatever means is available to them. This is particularly true for pre-retirees who believe the best approach is to build up as much wealth as you can and then convert it over to “safer” investments after you retire.

Anyone following this approach saw their accounts drop considerably in value in 2001 and 2008 (and in the case of 2008, take nearly five years to recover if they stayed invested and performed like the broader market). But for those who manage their own accounts, there is a substantial risk of over-trading as market perceptions (read emotions) change. This often results in buying near market tops and selling near market bottoms: with the predictable result of wreaking havoc with your portfolio and your financial plans.

When you know you can sell something almost as soon as you buy it, it affects how you think about the purchase in the first place. You can be careless because you can get out quickly. With constant measurement of returns and the oppressive 24/7 media cycle, the pressure to act is immense.

You see a stock like Tesla (TSLA) start to run up and, remembering what happened in 2013 (the stock more than quadrupled), you buy in and try to ride the trend up just when it suddenly reverses (as it has three times since 2014) and hands you a short term trading loss. 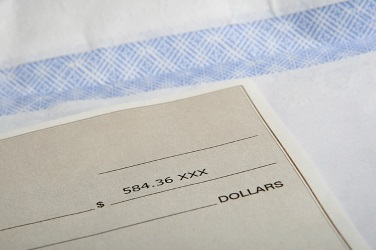 Compared to the excitement of finding the next moonshot stock, dividend investing is boring. In using dividends to secure financial independence, a portfolio of securities is run like a rental real estate portfolio. Each investment is made in anticipation of a future cash flow and judged versus the initial cost of that investment. The investor does not make any assumption of the future price of the stock as that price could be momentarily “unfairly” impacted by the market’s lack of enthusiasm for the business.

One of my favorite examples of this is Clorox (CLX). Clorox is almost never in the news; even during earnings season it hardly gets a passing mention. Yet Clorox has been paying a dividend since 1968 and has increased its dividend payment for 38 straight years.

In fact, based on numbers I took from Yahoo Finance, if you had started in 1990 with a $5,000 investment in Clorox and then made annual $5,000 investments plus the reinvestment of all dividends received, after nine more years you would have approximately $211,970 in your account. Your total investment would have been $53,614.33.

For the next 10 years from 2000 to 2009, if you only reinvested the dividends from your Clorox stock, the value of your shares would have grown to approximately $246,000. More importantly, the dividend income stream starting in 2010 would have grown from $9,574 per year to $12,572 in 2015. That’s a little over $1,000 per month that you would have received in 2015 by holding the stock. Let’s be clear: you would not have had to sell shares to have realized that monthly income.

Some would argue that this is a bad example since no one in their right mind would maintain such a large concentration in only one stock (assuming the $5000 invested is an IRA contribution). So let’s look at a more “realistic” example. Instead of investing in one stock, we will invest in an Exchange Traded Fund (ETF) called the SPDR S&P Dividend ETF (SDY).

This ETF “seeks to provide investment results that, before fees and expenses, correspond generally to the total return performance of the S&P High Yield Dividend Aristocrats™ Index. It has over 100 holdings comprised of companies from 10 different sectors that have a history of at least 20 consecutive years of dividend increases. It selects companies from the S&P 1500, which includes midsize and small-cap companies. That means the High Yield Dividend Aristocrats probably has some balance of both growth and income, as smaller companies are usually assumed to be faster growing than larger companies on average. With over 100 holdings, the risk of over-concentration in any one should be eliminated for all practical purposes.

Again, we see that an investment plan focused on growing long term dividend income can be a very effective way to conservatively build a future income stream.

Can we do better than SDY? Sure! Summit has a dividend-focused portfolio consisting of 30 or so dividend paying stocks that are judged to be undervalued and therefore represent an opportunity for capital appreciation in addition to dividend income. We also combine this portfolio with a low correlation volatility-capture strategy in our Absolute Return Defensive allocation for those investors who are seeking dividend returns with less year-over-year volatility than equities alone.

In any case, the most important element of successful dividend investing is time. Time for accumulation and dividend compounding to start producing significant monthly payments that can supplement your other sources of retirement income. When it comes to dividend investing, time is the one thing that you can never get enough of.

So what are you waiting for?

* In this study, for illustration purposes only, shares were purchased on the first trading day of each Calendar year. Your results may vary depending on the assumptions you make in trying to recreate this study. No assertion is made as to the accuracy of data provided by Yahoo Finance.

** In this study, for illustration purposes only, dividends were reinvested at the end of the week following the last dividend payment and additional shares were purchased on the last day of the Calendar year. Your results may vary depending on the assumptions you make in trying to recreate this study. No assertion is made as to the accuracy of data provided by Yahoo Finance.