The US market as measured by the S&P 500 continued the upward trend with a gain of 3.93% in April but then quickly reversed course in May, falling 6.58% for the month. 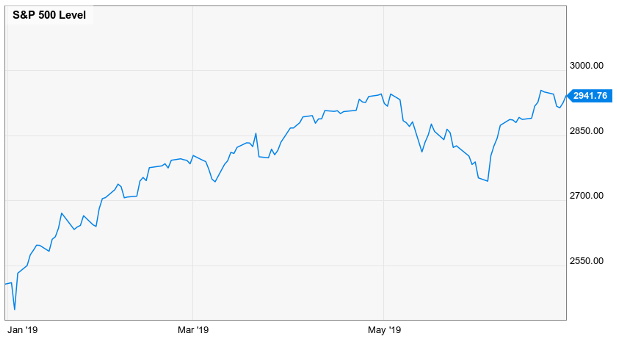 While many people want to point to the “trade war” between the US and China for the market volatility, we would like to remind you of what we noted in our Q-1 letter. The markets turned around from their disastrous December finish after the federal Reserve Board undertook a more dovish stance on raising interest rates. In it we said:

The best explanation, in our opinion, was the March 20th decision by the Federal Reserve to hold interest rates steady along with an indication that there will be no more rate hikes this year.

Buried in the headlines underneath all of the daily chatter about tariffs, the Mueller investigation, and severe weather was the May 1st Federal reserve meeting where the Federal Reserve announced that they were going to hold the benchmark interest rate steady at a target range of 2.25% to 2.5%,

Prior to that meeting, there were rumblings, albeit premature in our opinion, that the Fed would actually move to cut rates. 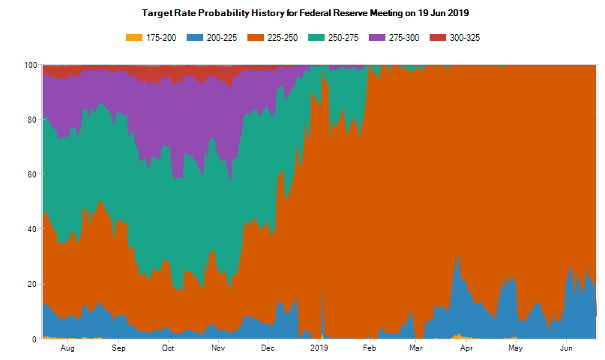 The market seemed to be climbing in anticipation of such a move as well. When it did not happen, the market did what it has done since the Fed started their interest rate intervention back during the Great Recession; it threw a tantrum. Moreover, according to an article published on Yahoo.Finance:

The central bank’s statement walked back its March view that the economy had “slowed” from the end of last 2018, noting that recent developments show that economic activity “rose at a solid rate.

Which the market took as a signal that rate cuts would not be forthcoming at the next meeting or possibly for the entire year.

We’ve given you the statistics on the trade war before and they simply do not, in our opinion, account for the violence of the sell-offs that we have seen as, according to S&P Dow Jones, only 4.3% of all S&P 500 revenues came from China based on the latest data reported. 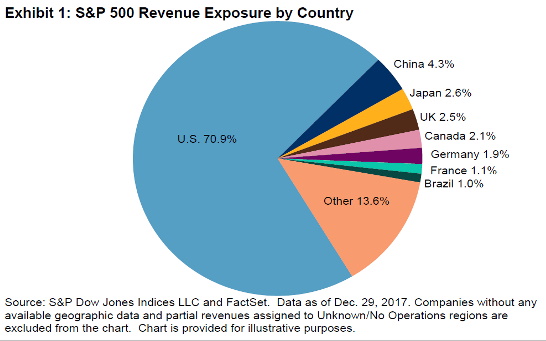 However, we have seen the markets highly reactive to the Fed and their statements. A broad sell-off over disappointment over no coming rate cuts seems to be a much more plausible explanation for the market’s selloff in May.

This theory is further reinforced when, on June 3rd, the market had its best day in the last five months after Chairman Powell announced that policy makers will ‘act as appropriate to sustain the expansion’.

Looking at the yield curve concerns, the 3 month and the 10-Year Yields are still inverted, however both the 2 and 10-year and the 10 and 30-year are not, so we will see what happens both with fundamental economic data as well as interest rates during the second half of the year.

One such measure of economic activity is the The Conference Board Leading Economic Index® (LEI) for the U.S. From their website,

The composite economic indexes are the key elements in an analytic system designed to signal peaks and troughs in the business cycle.

The ten components of The Conference Board Leading Economic Index® for the U.S. include:

While the economic expansion is now entering its eleventh year, the longest in US history, the LEI clearly points to a moderation in growth towards 2 percent by year end.

Economic indicators are a way to take the temperature of the U.S. economy. One or two negative readings could be meaningless. But when several key indicators start flashing red for a sustained period, the picture becomes clearer and far more significant. In our view, that time has not yet arrived.

Nearly all recessions in our lifetimes required a catalyst of some sort to reverse economic growth. Possibilities could include war with Iran, a 2008 style credit collapse, or a severe global slowdown. We will stay vigilant.

The latest news on the “Trade Wars” is really no news at all. It looked in March that some kind of a deal was imminent, and then (from CNBC):

The diplomatic cable from Beijing arrived in Washington late on Friday night, with systematic edits to a nearly 150-page draft trade agreement that would blow up months of negotiations between the world’s two largest economies, according to three U.S. government sources and three private sector sources briefed on the talks.

The document was riddled with reversals by China that undermined core U.S. demands, the sources told Reuters.

In each of the seven chapters of the draft trade deal, China had deleted its commitments to change laws to resolve core complaints that caused the United States to launch a trade war: theft of U.S. intellectual property and trade secrets; forced technology transfers; competition policy; access to financial services; and currency manipulation.

U.S. President Donald Trump responded in a tweet on Sunday vowing to raise tariffs on $200 billion worth of Chinese goods from 10% to 25% on Friday – timed to land in the middle of a scheduled visit by China’s Vice Premier Liu He to Washington to continue trade talks.

The US began planning to hit an additional $300bn of Chinese goods but, at the G20 in Japan in June, President Trump called that off and said he would continue to negotiate with Beijing “for the time being.” 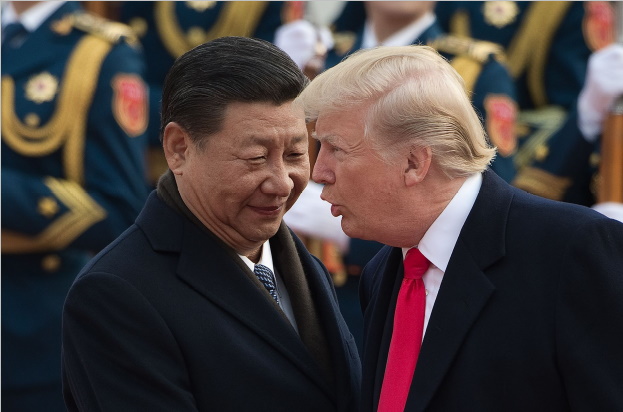 We still believe that some type of a deal is possible as does Alexander Green of the Oxford Club who on July 10th wrote:

China sells a lot more to us than we do to them. Our economy is the envy of the world. Theirs is slowing – and the growth they do have is almost certainly overstated in their official numbers.

Every day the Communist leaders are hearing from disgruntled manufacturers, distributors and exporters, and from foreign companies and investors who are voting with their feet, moving operations to Vietnam, India and Taiwan, or simply forgoing investment in China as too risky or uncertain.

That’s why you should expect a trade deal, not just before the election but before the end of this year – and perhaps in a matter of weeks.

We don’t believe that you can time the stock market, much less a deal with a foreign nation. However, we are happy to see many trade deal skeptics starting to agree with us. If a trade deal does happen, it will most likely spark a further move upward in the market.